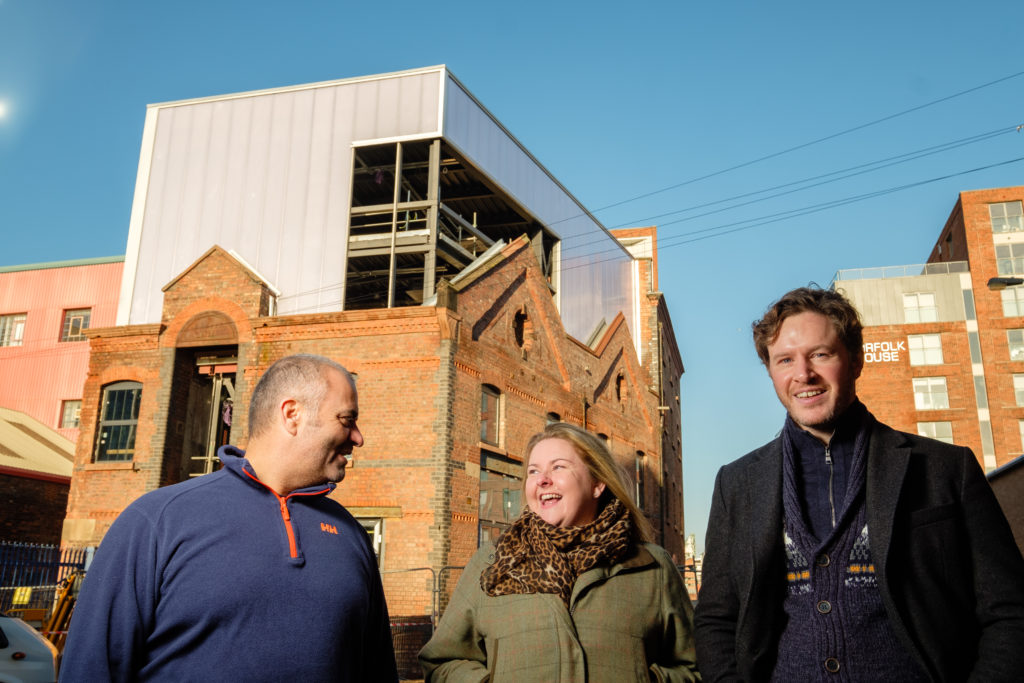 With our new Digital House at 61–65 Norfolk Street nearing completion, many of the first units have been taken by some of our existing tenants who are at full capacity in their current studios.

While leases are now being offered to the wider digital and creative community, the brand new studios at Digital House have until now been prioritised for current tenants. And for many of them, this expansion can’t come soon enough.

App and software developers Citrus Suite have taken the top floor studio in the corner of the new scheme, and are anxious to move in as soon as they can. Now 12 strong, their team has run out of space in their current shop front studio on Jamaica Street, forcing them to pause their successful hiring formula of testing young people via in-house placements.

“We haven’t been able to do that for the past 12 months because we haven’t had the space.”

Citrus Suite were among the first to sign up for the new Digital House, although they will be sad to leave their beloved shop front space where they have been highly visible.

Steve says: “Believe it or not, the past few jobs that we have secured, some of which have been £100,000 plus jobs, are from people who have just walked in from the street and said, “Can you guys do apps?” The more you speak to these people, the more it turns out that they want big back-end systems.”

For other tenants, the move is key to empowering their ability to attract new talent, not just house them. Roderick Kennedy is founder and CEO of Simul. Supported by his staff of three, he uses his background in plasma physics to create high-end sky renders for the games industry, trading with partners across the United States, Europe, Korea and Japan. The unique skills required to grow their team mean a dynamic environment is essential.

Roderick says: “When we hire we are generally looking for people with strong physics and mathematical backgrounds. People who are C++ coders with knowledge of modern graphics hardware. It is difficult, not least because people with those skills can go to London and work for a bank. So we have to compete with that. I think it’s very positive for recruitment if we can point to a building like Baltic Creative’s Digital House and show people what’s around, what’s going on in the area, the environment that they’ll be working in. Because that is a big part of your life.” 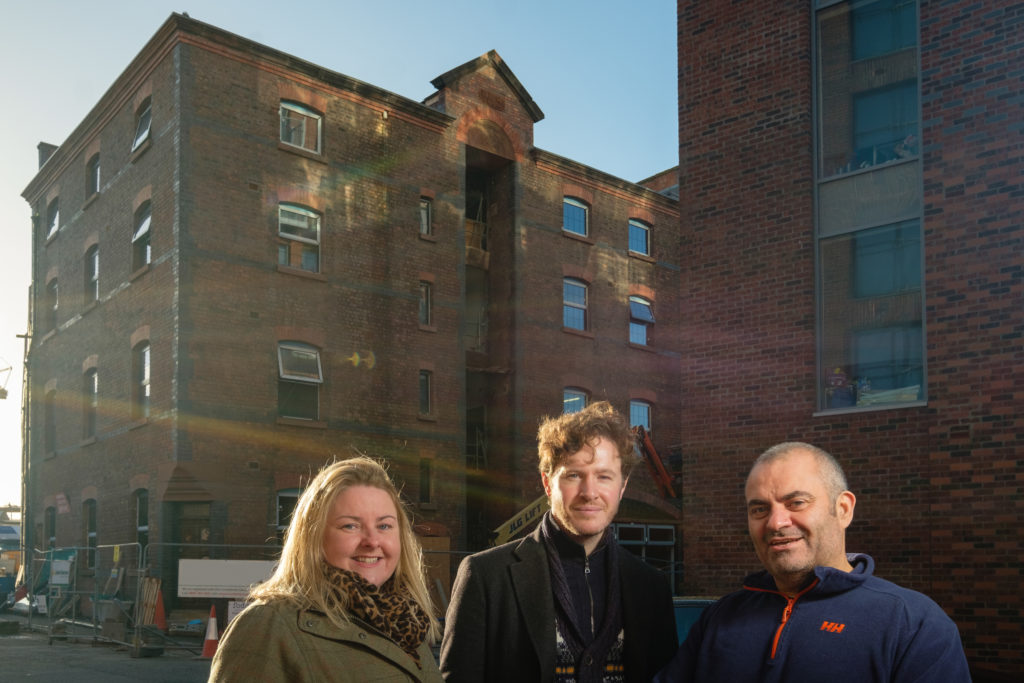 Former British Gas engineer Michelle Dow founded All About STEM to promote STEM careers in schools throughout the North West. Currently split across their studio in Baltic Creative’s Campus and their Maghull office, Baltic Creative’s Digital House will allow her team to come together and “take things to the next level”.

Michelle commented: “When the idea of the new scheme at Norfolk Street came along I thought “Oh! That’s a natural progression,” but still with our friends from across the road. Currently, we do pop into our neighbours shed studios in the creative campus and you see faces all around, and that has definitely helped build our business. It sounds dead cheesy, but it is that sense of community that makes it. It’s that nod to the person in the next shed. It feels like family. People pass leads on without realising that they are passing leads on. It is really hard to quantify that and put a price on it.”

This new £2.6m Digital House (funded by ERDF and Charity Bank) is Baltic Creative’s next step towards providing high quality affordable space for digital companies in the Baltic Triangle. Conceived from the beginning as a grow-on space for digital/tech businesses, the scheme has the capacity to house 20 companies and will contribute massively to the Baltic Triangle’s status as one of the fastest growing clusters in the UK.

Mark Lawler, Managing Director at Baltic Creative CIC says, “It is fantastic to see existing Baltic Creative Tenants growing and creating high value jobs for the Liverpool City Region. An essential component for Baltic Creative CIC’s vision has always been to give tenants a space that would let them evolve naturally, without sacrificing their place within the community that has helped them thrive.  It is Baltic Creative’s job to ensure that businesses have the right space to grow into. Our new Digital House will provide just that.”

Baltic Creative’s Digital House will be ready to let by February 2019. If you are interested in studio space at this new development and would like more information, please contact [email protected].